The job well done, and the dedication that he puts into all his elaborations can be seen reflected in the excellent wines he produces. In addition, his emotional connection with the Pago de los Abuelos winery is unquestionable.

The young winemaker began his career in the Jorge Ordóñez Group three years ago as head of Bodegas Avancia de Valdeorras. His good work has led him to be chosen to direct and control the production of Jorge Ordóñez's wines since 2011 in seven of the Denominations of Origin in which he produces: in addition to Valdeorras, Rias Baixas, Toro, Calatayud, Málaga, Rueda and Monsant.

His daily work and the desire to promote the tradition of Spanish viticulture have led him to be recognized by the American critic Robert Parker (one of the most influential in the world), as the revelation winemaker of the year 2016, and recognition for the creation of the best godello in Spain and the world in 2014 and 2015 (“Avancia”), thus qualified by the aforementioned critic.

In addition to being a winemaker, Nacho Álvarez Losada is a sommelier, which allows him to fully understand the tastes of today's public, as well as the best combination of wines with gastronomy.

Soon he will open his own winery in his homeland, Puente de Domingo Flórez (León), a unique project in this municipality, marked without a doubt by its artisanal and fully natural strength.
Centennial vineyards, at altitudes of 700m, with slate soils without quartzites, will mark excellence in their results. 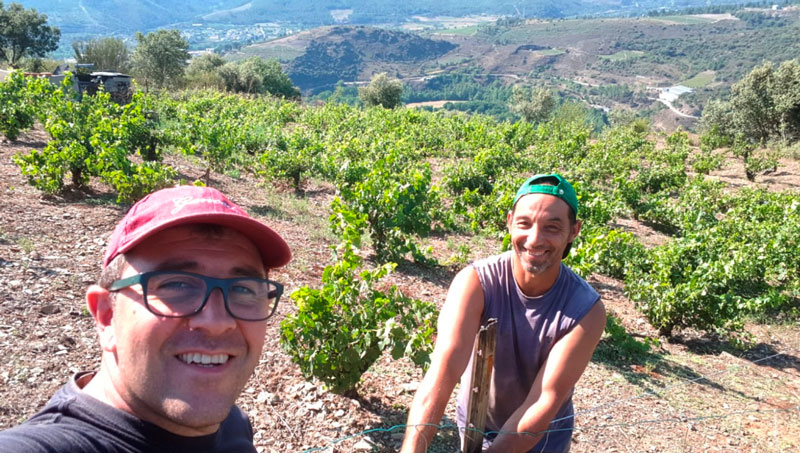 In addition to being a winemaker, Nacho Álvarez is a sommelier, so he knows perfectly the tastes of today's public.